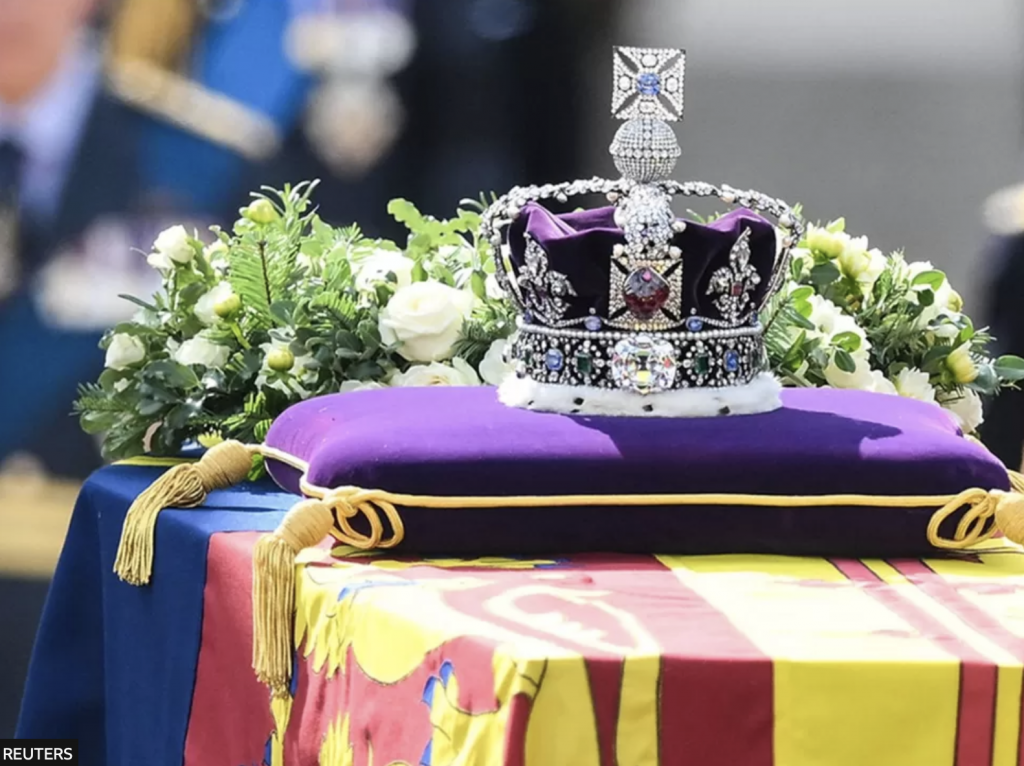 0
The crown sparkles with nearly 3,000 stones - including 2,868 diamonds, 273 pearls, 17 sapphires, 11 emeralds, and five rubies. The Queen was particularly keen on a large red gemstone in the crown - known as the Black Prince's Ruby. It is thought to have been worn in 1415 during the Hundred Years' War by Henry V at the Battle of Agincourt - when English forces beat the French to the south of Calais.
PrevPreviousWatch: Queen Elizabeth II’s lying-in-state
NextPutin admits China has ‘concerns’ over UkraineNext