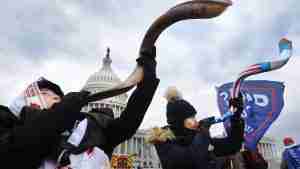 May 27, 2021
364
0 Comments
Present were many officials,including ex-Sergeant of Arms, Acting Chief of DC Metropolitan Police, there to answer questions. Pelosi called for resignation of Capitol Hill Police Chief, and security heads, without understanding any details. He, like others, resigned. He made the longest statement. Sighting a letter he sent Pelosi correcting her misunderstanding of the lead up to the event, and that almost everything centred on the lack of valuable intelligence. Of the minimal intel. shared, no further actions was taken. The FBI offered help two days before, but that was refused.
12

Notes from the inquiry:
Present were many officials, including ex-Sergeant of Arms, Acting Chief of DC Metropolitan Police, there to answer questions.

Pelosi called for the sacking of Capitol Hill Police Chief, and security heads, without understanding any details. He, like others, resigned. He made the longest statement. Sighting a letter he sent Pelosi correcting her misunderstanding of the lead up to the event, and that almost everything centred on the lack of valuable intelligence. Of the minimal intel. shared, no further actions was taken. The FBI offered help two days before, but that was refused.

The National Guard were on standby, but it amounted to 125 who were actually on unarmed, covid vaccine support duty. One senator read out exactly who is responsible for calling out the National Guard – not a long chain of command as folks are led to believe, but just an in-house call (it’s written in the regulations). No Senator raised any concern on security nor discussed the National Guard attending, despite the well publicised information that trouble is heading. The Pentagon didn’t raise any concerns that extra security is needed, or even might be needed.

Intel. was mentioned throughout the inquiry, as the weak point in the whole situation. There was never any red flag indicating a ‘critical threat’. 2 days prior, discussions including the question should the National Guard be called out for the event. A collective decision was that they were not, despite concerns from the Capitol Hill Police Chief. Only on the night before the event did the FBI send a ‘serious warning’ but it was sent via e-mail to one person. It said ‘prepare for war’, yet it was not passed to security! The head of intel. on the Hill reported it to a sergeant, but it went no further.

No preparation was made for the event beyond the standard protests. No drill was carried out. The police are not trained in the ‘all hazards approach’. Homeland Security did not contact Security Chiefs assigned to the Hill. This was all despite the believe that riotous events in November and December in other States was a potential forerunner for something greater at the Capitol Hill. This was regarded as further intelligence not utilised for unknown reasons.

There was a shallow reason why little was done, as in the whole of 2020 only 6 arrests were made in DC despite many Trump protests. In those events the use of the National Guard had been regarded as over-kill. This had an influence on not to use them as a lessons learned.

Only one time did Trump come into the long inquiry, and that was more of a rant from one of the older generation of democrats. It seemed almost out of place in the rest of the inquiry’s narrative, and was quickly left simply as a snippet by one person.

Criticism was aired about the plan to hold a 9/11 type investigation, not so much in having the event, but in the person she wants to elect. A General who had already aired his view, like Pelosi, that the security are to blame, again without any information to support the claim. The general opinion is that it needed to be a person with unbiased, prior views.

The Ex- Capitol Hill Chief stated that it was probably a well coordinated event across the USA, well in advance.

The Acting Chief of DC Metropolitan Police said there were lots of meetings before the 6th however. He recalled hearing it suggested that a violent group could be attending and could be armed. That and the e-mail from the FBI on the night of the 5th indicates clearly there is a serious problem with intelligence sharing.

In summing up, one Chairman summarized that the breakdown in security and lack of it, was because of intel issues. The threat never passed on to the chiefs dealing with it. The other Chairman indicated that the process of security needs to change, and that there have been too many theorists and often outright lies around the facts. A report on Internal Terrorism is ongoing but already 8 months late.

The Meeting ended with a planned 2nd inquiry set.

The big unanswered questions have to be why was intel. so poor? Why for instance would the FBI send such a serious warning so late, and via e-mail? It is certainly easy to have a conspiracy around this, such as the democrats and FBI, having failed miserably against Trump, thinking ‘let this happen, and we’ll use it to impeach Trump’! Someone in the FBI point out ‘we can’t do nothing as we’ll look totally incompetent, so lets leave it late, and send it via e-mail, as it’ll be too late to act, but at least we can say ‘we told you so’. We all read in the news, weeks in advance, that trouble was heading to the DC, yet not one inside raised any concern, other than the Police Chief who was told all is ok.

Quite ironic that the ‘bi-partisan’ investigation on the event has been such down, as Pelosi aimed the whole deal into prosecuting Trump at the end of it!   No – ‘let’s investigate, find the root cause of the event, why intel was so bad, and once we have the lessons learned we can apply actions in preventing a repeat, based on fact’.

A 2020 Election Audit that flew almost totally under the...

Biden is mortgaging our future with more spending, debt and...